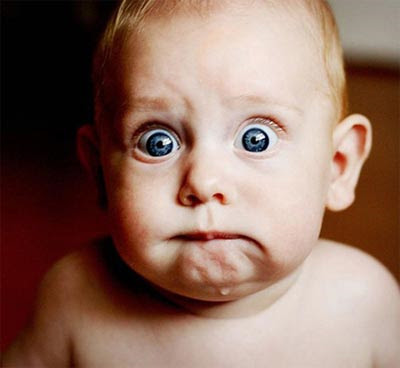 Recently my friend Gilles and I took over responsibility for organizing the NYC Ken Wilber Meetup group. This is a group of people that have been getting together once or twice a month for the past 5-6 years to discuss an incredibly wide array of topics using Integral Theory as a lens. For the past 3-4 years this group has been run by Barbara Larisch. It was decided that she needed a break to focus on other things, so Gilles and I took the reins.

This is an amazing group of incredibly diverse people who are all surprisingly intellectually, emotionally and spiritually awake. The conversations are all over the map ranging from books written by Ken to politics, psychology, religion; I led a meetup recently on drugs and one a while back on money. We had one a few weeks ago on pathology. The next topic we will be tackling is circumcision. Read Gilles writeup below:

For our next Integral conversation, we choose to tackle a delicate topic—the survival of surgical ritualistic practices that involve cutting a piece of an infant’s or child’s body, such as the circumcision of (baby) boys and girls. Let’s see where the Integral approach leads us. From an Integral standpoint, circumcision is a fascinating study case. For different reasons, all symbolic (e.g., rites of passage to adulthood, reinforc…ement of gender differences, display of ethno-religious identity, and various combinations of the above), cultures as distant as the Egyptians and the Aborigines enforced practices which entailed ablation of the foreskin, sub-incision into the urethra, bleeding and/or tooth pulling for boys, clitoridectomy and/or labial reduction for girls, just to name a few. While these practices emerged in Purple and Red societies, some survived, if not flourished in some Blue cultures. This is typically the case of male circumcision among Jews and Muslims, and female circumcision in parts of the Islamic world. Surprisingly, both male and female circumcision reappeared in Victorian England, with a unconcealed goal: to hinder masturbation among youths and prevent the many disorders that allegedly ensued from it. While female circumcision was quickly abandoned, the practice of male circumcision spread in English speaking countries, particularly in the United States (with the help of the famous Dr. Kellogg). Throughout the 19th and 20th centuries, studies in the US confirmed the numerous health advantages of circumcision on newborn males. Overall, medical studies are contradictory, and male circumcision is not recommended anywhere outside the US (in fact, since 1999, the American Medical Association and the American Academy of Pediatrics have stopped advocating this procedure). Today, male circumcision for medical and/or aesthetic reasons appears to be a distinctive feature of American society, apart from religious circumcision in Jewish and Muslim cultures.

How do integral thinkers hold circumcision in the grand scheme of the Integral framework? What is the sacred meaning, role, and value of this ritual at a Turquoise level of cultural development? At the same time, why is male circumcision accepted, if not praised, in Integral circles, while all other rituals of a similar nature (be they imposed on boys or girls) are deemed cruel and immoral? Why are some practices acceptable and others not? And most importantly, what are the cultural assumptions that determine our moral choices, be we for it or against it?

Why has cutting an infant’s body (without the infant’s consent obviously) for symbolic or (disputed) health reasons not been investigated Integrally? We think it’s about time. Let’s open up into a multi-textured, many flavored discourse. All points of view welcome. All perspectives honored. Discernment, authenticity, and tact are encouraged. Let us remember also that, from an Integral standpoint, problems (and solutions!) emerge from all four corners of the AQAL map, and that “transcend and include” is the only acceptable resolution. We invite you to join us in this discussion, which, without a doubt, promises to be passionate, heated at times, fascinating, and testing the very edge of our Integral consciousness.

The meetups are open to all. Head over to the site, sign-up, and come check one out.