In an iNYCs email thread recently Randi posted about ‘Solitude, intrapersonal communicaiton, ego and being’. She described her time spent alone in a room editing video and asked others to share their experiences. Here is my response based on my experiences working on music in my studio (she suggested I throw it on here): 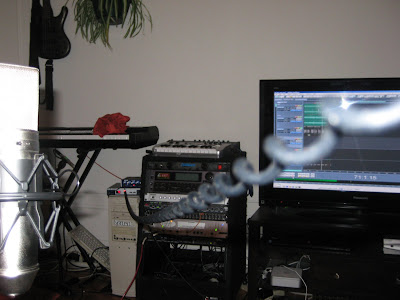 Making sound is all about communicating. Audio editing is part of the creative process for me. It is all about enticing the other and making the content accessible. Often times it is the most fruitful and adventurous part. It is often when I take artifacts that I have created and look at them as if I had never seen them before. It is a play of states and perspectives. It is an experiment in hearing anew over and over again. Often times it is a day spent romancing myself to arouse the muse. Sometimes there are day long stints of Alpha wave laser focus with little or no conscious thought. Sometimes it calls for drugs.

For me editing is in no way separate from writing and recording. All are happening at once. It is a fairly fluid process. Compared to you perhaps I am lucky in that the recording never necessarily has to stop. Sometimes I am working with a song that was written a good time before, other times there is nothing written and editing is the way my voice first takes form. I play with samples, with instruments, with friends, software and my mind. Sometimes it requires sitting in silence. Other times I get drunk and dance to what I’ve just done. All are part and parcel.

At times it is a collaborative effort with another musician and we can go from silence to song in a matter of hours. Other times something is written by myself and/or others and the process of getting to know the piece takes a year or more. 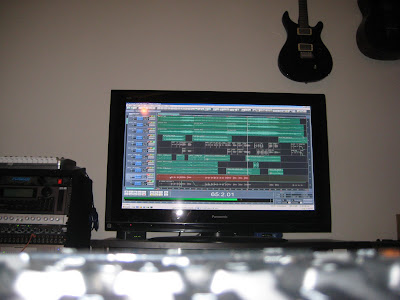 I’m currently planning on getting things organized and ready for some serious plane editing. I figure a flight to London is a great time to get some of the more tedious work (time correcting) done. Sometimes holding myself captive is the best way to force the focus.

My editing style is as destructive as possible. I prefer to commit to something as quickly as I can and move forward. This generates a sense of momentum and trust in what is happening and takes away a lot of the room for second guessing and redoing.

I use multiple programs that have different specialties. When I am stalled working in one I will move a song or parts of a song to the other. I bounce back and forth and am never sure till the end which one will produce the final product.

I consistently try muting or deleting the things that I have assumed are the core of the pieces to see what has been built around them and what is still relevant. What I am working on now is acoustic guitar and vocal driven electronic spiritual music. Everything is written with guitar and voice, but those original parts may or may not bare any resemblance to the finished product.

All of this is done as part of an expression of what the moments reveal as a communication to others. Of course none of this was part of the plan when I first picked up an instrument. But I have honed these skills for a reason. And I love it and it also drives me crazy at times. Right now I have no idea how I will get this project finished in anything resembling a timely manner. But I will. And I will be alone in a room for most of it. Feeling excited by and connected to others. 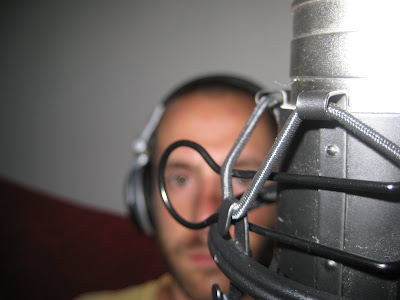