What if money was no object?

What would you do with your life if money was no object?

A beautiful video set to a recording of Alan Watts.

This man is AMAZING!

A while back I wrote about correlation vs. causation in regards to DNA and epigenetics after reading Bruce Lipton’s book The Biology of Belief. Here is a guy who is not only talking about cutting edge science that challenges much of the general publics’ understanding of how to achieve health and happiness, he is also a great teacher who can bring across complex subjects in simple terms.

Check out these great videos to hear a once non-spiritual, allopathic research doc expound upon how he logically came to understand:

Why energy is more important to healing (controlling biology) than molecules (ahem….big Pharma)

How stress makes your body susceptible to disease, hinders digestion and makes you dumber

Why genetic mutations are NOT random

How your body is a community

How belief can rewrite your genes

How scientific reductionism gets it wrong 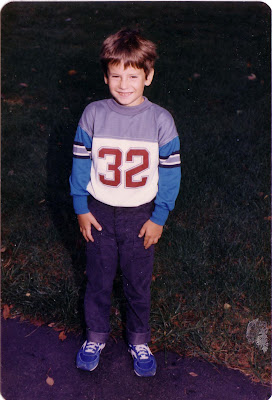 Antoinette asked me recently why I said that one of the reasons for creating my blog was to make myself more vulnerable. My response was to tell her that I feel as if I was raised to think that I was ‘special’ and ‘different’ and that at some point I indulged these ideas too much and this was one of the beliefs that left me feeling isolated and alone in the world. I often times operated under the assumption that others could not possibly understand what it was that I was going through and how it was affecting me. My response to this was to never reach out to them at all. I denied myself the opportunity for success or failure in intimate relationships by never engaging people in ways that might feel too vulnerable.

So, I do feel as if I have made great changes in my life regarding my openness and my willingness and ability to share my internal world with others. And I have been amazed at the feeling of connectedness and community that this has brought into my life. So I have decided to test myself and see what things I still hold on to. And when I find such things, I hope to do my best to lay them bare. I am sure that there will be exceptions to this, but I wonder what good, if any, these exceptions can bring.

In the spirit of this, I offer you the following letter that I wrote to my mommy after a long car ride together full of wonderful conversation. You will be a little lost contextually, but I will offer [explanation] and you should feel free to comment or question. I’ve been getting all sorts of great feedback in email and on myspace, but few seem to want to comment in public.

I hope my mommy doesn’t mind.

I was thinking about what you said about your having a tendency to gravitate towards black and white thinking. I think that this is what has bothered me in the past about your views on my experiences with my chest surgery [ corrective for pectus excavatum] and how it related to my unhappiness. It has often seemed as if you could not understand my general disillusionment with what I saw as my options in life. You, understandably, probably saw this most clearly in my views of much of western medicine [complete distrust of doctors]. So you needed a reason. A reason is quite different than a comprehensive understanding.

My chest is, has been, and will be a factor in my life. I am good with this. I have learned much from it. It has been hard at times, but I love where I am now, and everything has been part of that. By no means should you read this as a glossing over of facts, think of it as contextualizing them.

For me the difficulties that I have had in the past have been much more complicated than one part of my body. My life lacked meaning, and, with the tools that you had given me [atheist family], I had no idea how to find this meaning. This is not something I blame you for. This is a defining characteristic of the modern world. I could ramble on about Realism, or Objectivism, or Reductionism, but the simple truth for me is that science is not enough, and I was raised to believe that the world is completely explainable through science. Interestingly enough, the true leaders at the cutting edges of science have always seemed to know its limitations. Most of our education only focuses on part of their work. Quantum Physics has now made it clear to everyone else just how confused we were to think that there is a simple black and white world out there that we can objectify. It all but directly calls us co-creators of reality.

I know that you have a strong faith in yourself. It seems that you do not have a hard time finding beauty in the world [my mother is an amazingly sweet, gentle and caring person]. I trust that your morals are so much higher than most. I know that there is meaning in life, whether we can understand it or not. I think that we all intuit such things. But being the curious monkey that I am has led me to seek a deeper appreciation of how these things evolve. Using science to trace the roots of beauty, morals, and meaning leads to giant metaphysical cliffs that most in the scientific community just back away from slowly as if nothing has happened. Science is far too black and white for this stuff. It has made it very clear to me that the explanations that I was given for such processes were drastically incomplete and in many ways in serious denial. I needed more than that.

The trust in subjective truths that spiritual traditions offer is such a complement. I inherited from you the idea that one view [science] was necessarily in contrast with the other [religion]. You did not create it, you merely passed it on. It was as if to believe in god meant a denial of science and/or personal responsibility for the world. Sure this is true for some, but the assumption that this is then true for all is a gross denial of fact and a serious over simplification. The world is not that black and white.

I believe that much of the depression that we now see in the world is a result of such an unnatural split that people feel forced to make in themselves.

There is a beauty in grey that is so much greater than the idea of self that is commonly accepted in our society; an idea which relies entirely on the black and white understandings that science provides. Spirituality and science are not in opposition. I think that the ideas of Self that I have stumbled upon are a bit more inclusive than those that modernity offers and it provides me with a few more tools with which to relate to reality.

I must say that I am grateful that I have been given the tools to undertake this journey. The pain I have felt has been a million opportunities. I regret none of it. We are all stumbling forward together.