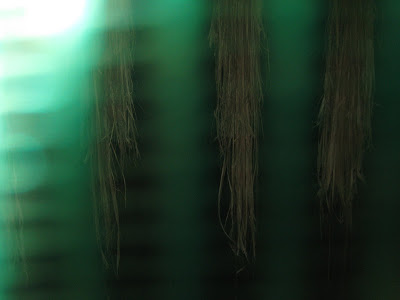 Upon drinking the ayahuasca I again return to my mat to sit cross legged and focus on my intention while I wait for the effects of the drug to begin. After about 35-40 minutes I begin to feel the ayahuasca coursing through my body as an intense energy. This, once again, is the uncomfortable part. I am looking to die tonight. I am offering up all that I associate as me for the taking.

I am very familiar with the mystical ideas of emptiness and nondual realization. I have a rational understanding of these concepts and am well aware of the notion that this is an inherent knowledge that we all have. There is nothing to learn, nothing to be gained, only the confusion that we have a separate self that must be released. I am aware of this, and in many ways I feel as if any attempts to chase this are futile. None the less I am seeking an experience of emptiness, of oneness with no two. It is often said that such an experience can be painful. I want to be beaten over the head with the death of my ego. I am ready for agony and what ever discomfort that comes is a gift when it is to this end.

As I sit on my cushion and the ayahuasca begins to move throughout my body it comes in many ways. It is incredibly uncomfortable. I am crying, burping, farting, and I want to smile. I create a space for each of these things, witness them without indulging them and watch as they pass. I sense that I am becoming more intimately in tune with my subconscious mind and in some way this feels wrong. I am not usually awake to this. The urge to throw up strikes me as an attempt to correct this, to get it out of my system. I allow this urge to surface, feel it in my throat and my stomach, but do not indulge it. It too passes. Intense visualizations come to me, but I do not indulge these either. They are there and they are fine, but without my desire to get lost in my senses they too fall away. A strong urge to sleep accompanied by deep yawns follows. I notice this and it too passes. I will not sleep through this. Perhaps this too is my bodies attempt to disconnect my conscious awareness from my subconscious mind.

I feel someone come up behind me and wrap their arm around my neck and begin to choke me. I know that they are trying to kill me. I feel my neck squeezed, my throat forced shut. This too is ok, and once it is accepted, it passes.

At the one hour mark Sylvia walks around the room and checks in with each of us by simply looking at us and saying ‘one hour’. Shortly after this point I feel as if the initial discomfort is out of the way. I have sat with it and now I can lie down and await my death. I am ready, eager even for pain. I am offering my body as a sacrifice to the divine. It’s all quite melodramatic. I, of course, get what I need and not what I want.

What comes to me is a gentle, motherly pat on the shoulder and a wonderfully compassionate, somewhat mocking voice that says

It strikes me as funny, and I feel an immediate release of my grasping self. Yes, this is, and always has been true and I have always known that emptiness is none other than form. The ‘so what’ is immediately apparent to me as the vast creative potential that emptiness is. The realization is only as important as what I do with it. It is nothing unto itself, but it is also all of creation. That is what emptiness is to me, creative potential. I feel amazingly potent; ready for the world, and eager to contribute.

I fall in love with each piece of music that is played. Again I realize that what ever I do in life, music must be an integrated piece. Sylvia is playing wonderful tribal, electronic, chanting, percussive, shifting soundscapes. She plays ‘slate’, ‘pantry’, and ‘Entwine’, three pieces of my music that were recorded a few years ago in my studio with some friends. I gave her a few MP3’s and she said she would play them if it made sense. Hearing my music in this state is amazing; a gift.

I have visions of filling the ceremony space with the people in my life and using ayahuasca and playing music as a therapeutic experience. I work out the whole situation in amazing detail with the boundaries that would be established, the rules of engagement for each musician and even what Sylvia and her partner Zoey’s roles will be as facilitators. They will still man the ipod with their music and probably some extended rhythm tracks that I have created for the occasion. They will fill silence as needed, interrupt noise as desired and provide a launching pad for exploration if desired. Each participant will choose an instrument before the ceremony and this will be their means of communication with the world. If someone does not want an instrument than they will simply say the words ‘I accept that my instrument is my voice.’ Each participant will make a commitment to their speech that says ‘I commit to not use a word unless I am to use it deeply or often’. The idea being that we not fill the space with anything other than pure sound. If someone truly needs to chant the word love 1,000 times than there will be a space for this, but the idea is to be non-verbal when possible.

Each person will be confined to their mat, as we are in Sylvia’s ceremony, and we will be discouraged from dancing or even looking at other participants. This idea being that if you wish to express your self you do your best to channel this through your instrument. There will have to be a mix of skilled and unskilled musicians. Ideally there would be far more unskilled. I am not interested in complexity or technique. I am interested in truth of expression. This requires intention, not technique, but having some skill in the room will help.

I would probably record the whole mess, with some players being mic’d individually and the room being miked as well. I would then be able to chop the whole thing up into many pieces and assemble songs pulling from these sounds. I would make this available on iTunes and to Sylvia to use during ceremonies. Perhaps the backing tracks that I gave to Sylvia would be used at times as our tempo’s would probably be locked to this anyways. I indulge this idea for a while bringing different friends and instruments into the room. Many of the people I love have roles to play here as well.

A little later I wrote an article called Hiding that I am now trying to get published. I wrote about 1400 words that evening as I lay on my mat. I was able to see it as a whole, edit it, to move sentences and paragraphs around in my minds eye until it felt complete. I was shockingly lucid. When I went to my computer the next morning it was mostly just a case of typing it out.

This emptiness that I am feels amazingly potent. The creative potential is unbounded. I spent a great deal of time lying on the mat feeling capable and ready; awake and eager, inspired and divinely alive. I am still feeling energized by this right now. It is not as if anything new was necessarily known, more that barriers previously believed to be in place have fallen away. Hell fucking yeah.

Meditation can now hold a much different space in my day (when I actually do it). It is no longer a yearning, a striving, a practice for something. It is more of a celebration, a repose, a rejuvenation. Where before I felt a constant need for something to happen, for the process to move forward, as if there was completion to be had somewhere in the future, now I am simply sitting and allowing myself to be energized and inspired by what I already am.

Dreaming took on a new meaning to me during this ceremony as well. If emptiness is the causal ground of all being, the ever present formless and also the place into which we dip in deep dreamless sleep; herein lies creativity. I would then see the waking, walking world as that of form, of the manifest. This is karma as it arises in all four quadrants. If we then look at the sleep cycle we will see that the dream world, the world where subtle energies play free, lies directly between waking and deep sleep, between form and formless for a reason. It is here that we play with possibilities. Dreams can be a testing ground, an opportunity to mix all that is already with all that can possibly ever be. For sure there will be form that arises when we are awake that we have seen in dreams, for we may have planned it or intuited it there. It is in dreams that we tap into and create that which can and will become manifest in the relative world of form. It is also where we assimilate and grapple with the days events. We metabolize our experiences and churn them back into the formless. For it is from here that all arises and is ever present.

In many ways ayahuasca feels like a way to witness, to bring waking awareness and therefore a different level of interaction or control to this process of play with subtle energies. 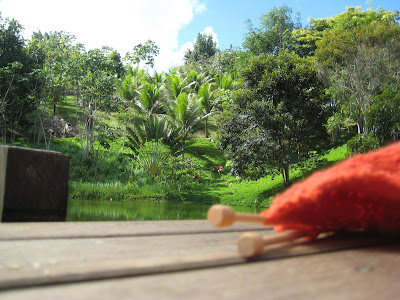