I just returned from Whidbey Island, WA where I was attending the Integral Education Conference put on by Next Step Integral. About 60 people gathered from various spots on the globe to discuss education from an integral perspective. First I had to get there.

I got in to Seattle around 11:20am. David was supposed to meet me at the airport about an hour later flying in from Boston, but air travel sucks and he was delayed about 12 hours. Looks like I was on my own in the city. 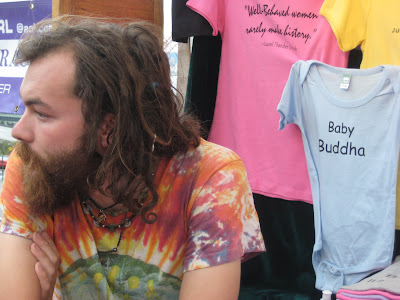 I went to Pikes Market where I may have seen some guys singing four part harmony in front of the first Starbucks, a bunch of hippy’s, tourists, beggers and locals. I got a vegan chili dog at Cyber Dog Cafe. I went to see a matinee of Hancock, not bad, I like the twist, it’s kinda sweet and Therone looks hot as hell. I didn’t even realize she was in it. I bought the softest pair of jeans I have ever felt at Road apparel. They’re made out of wood. Real nice salesman there has a daughter in Brooklyn. I asked him where I should hang out and he recommended a neighborhood called Belltown.

Since it was looking like David was not going to make it in time for our planned night out on the town I debated going to a Whole Foods to buy a bunch of enzymes I had been reading about on the plane and then heading back to the hotel, but decided to hit a bar on my lonesome for at least one beer to see what kind of trouble I could get into.

I sat down next to a construction worker named Rich. Great guy, and the perfect solution to my situation. Rich is the type of guy who will randomly buy a round of jello shots for the people in his vicinity and strikes up conversations with everyone. He lives in Belltown, and also seems to be a bit of a drinker. We started at Buddha Bar, moved to Rendezvous, then Alibi Room , then Sonya’s . Many drunken hours full of conversation with a wide variety of locals later I took a cab back to the hotel where David was already asleep in bed.

The next morning we were on the ferry on heading over to Whidbey Island. It is a beautiful place and at this particular time it was full of amazing people. 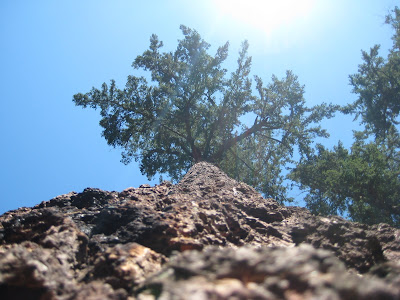 We snuck away from the conference for a few hours to go to one of the state parks on the island and hike a few miles in a beautiful lush forest with an ancient cedar that is over 500 years old.

The conference was great. It was full of a rich mix of truly inspired individuals all eager to share their appreciation for the world with children and determined to get better at doing so every day. There were presentations and experiential exercises. We sang, danced, played frisbee and walked around a labyrinth. I met a great variety of educators young and old, each of whom taught me something about life.

David and I rented a guitar from a local music shop and got to play our new music for the first time in front of a couple of intimate groups of people in the beautiful sanctuary on site. A beautiful room with amazing sound. I’d love to record there some time.

No idea how this experience fits into my career goals, but I’m glad I went and would love the chance to return some time.